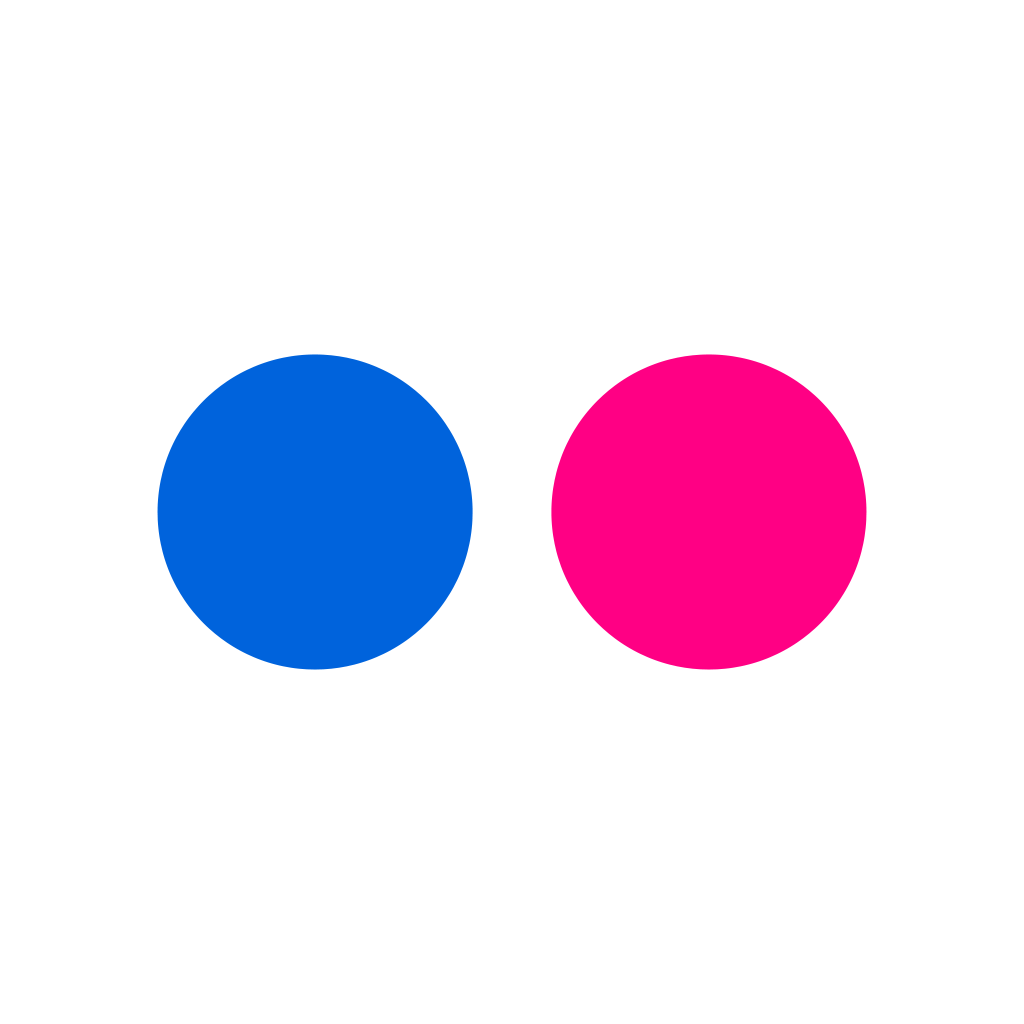 The Center for Experimental Music and Intermedia is an interdisciplinary center focused on music and arts technologies, housed within UNT's Division of Composition Studies. CEMI fosters integration of electroacoustic music, live performance, video/film, plastic arts, and theater. Since its 1963 inception as the NTSU Electronic Music Center, CEMI has evolved into an unique creative environment, world-renowned for innovative works and musicians.

CEMI studios are open to students taking classes and private lessons with faculty in the Division of Composition Studies, which offers both undergraduate and graduate degrees. CEMI's staff of Graduate Assistants prepare themselves for professional work as teachers and technologists as they help CEMI students and guests to make optimal use of CEMI resources. CEMI hosts courses ranging from an undergraduate Introduction to Electroacoustic Music through graduate seminars on advanced Topics in Electroacoustic Music and an annual Intermedia Performance Art class open to students from across the campus, including Visual Arts and Design, Media Arts, and Dance and Theater.

Students, faculty, and guests create dozens of new works in a wide variety of styles, forms, and media every year, including live interactive computer music, multichannel surround audio compositions, film and video works, dance pieces with live video, and intermedia theatrical performances. Many of these are specifically designed for performance in the MEIT.

CEMI and the Division of Composition Studies showcase the latest experimental music and intermedia from UNT and around the world in a busy annual series of concerts. CEMI regularly hosts internationally renowned artists and researchers in residencies that include public lectures, masterclasses, and concerts; visiting composers-in-residence have studio access and technical assistance. CEMI has hosted the 2015 International Computer Music Conference, the SEAMUS National Conference, and the Electric LaTex Festival, and most recently our own CEMIcircles Festival.

Works created at CEMI push the envelope of existing technologies and point the way to new research opportunities. In 2005, CEMI was noted in Schools that Rock: The Rolling Stone College Guide, which named the UNT College of Music as one of the nation's best music programs.

The Center for Experimental Music & Intermedia (CEMI) is an interdisciplinary center focused on music and arts technologies, housed within UNT's Division of Composition Studies.

The History of CEMI

In 1963 UNT faculty composer Merrill Ellis established the Electronic Music Center (EMC), a tape music studio in an old Denton home on Mulberry Street. This vital part of the Division of Composition Studies allowed faculty and students to work together creating art with the most experimental modern technologies. During the first ten years, composers working at EMC concentrated on the forms of electronic music that were at the time most prevalent: namely, compositions for magnetic tape, and live performances using analog synthesizers.

During the 1970's, UNT composers increasingly explored "mixed-media" projects—works including dancers, actors, or narrators, with more elaborate theatrical settings and visual projections enhancing the electronic soundscapes. The new Intermedia Theater, built in 1979, as well as an expansion of the EMC studios and staff, brought Ellis's interdisciplinary vision to a new fruition; in 1983 this was recognized by a change of name to the Center for Experimental Music and Intermedia (CEMI).

An important element in CEMI's transformation into an internationally renowned center was pioneering work in the developing field of computer music. Thomas Clark and Larry Austin, who joined the faculty in the late 1970's, shifted CEMI's orientation from the use of hybrid analog/digital systems to software synthesis on UNIX-based workstations. Three years after Austin's appointment, in November 1981, the Center was literally put on the map: North Texas State University (as UNT as then known) hosted four hundred scientists and composers of computer music at the 7th annual International Computer Music Conference (ICMC).

Following Ellis' death in 1981, Phil Winsor joined the UNT faculty, and became co-director of CEMI with Larry Austin in 1983; through the following years, directorship passed to Austin alone in 1990, Winsor in 1991, Clark in 1993, and Austin again in 1995. When Austin retired in 1996, Jon Christopher Nelson joined the composition faculty as the new director of CEMI. Under his leadership, the studios were redesigned to harness the power of modern general-purpose computers as flexible, multi-purpose computer music workstations, and electroacoustic music at UNT reached new levels of sophistication and subtlety.

In 1999 Nelson became Dean of Operations for the College of Music, and passed the CEMI baton to a new hire, Joseph (Butch) Rovan. Rovan's multifaceted work with interactive computer systems, real-time performance, dance, and digital video invigorated the performance and intermedia aspects of CEMI. Fulfilling Ellis's decades-old vision, CEMI embarked upon a new wave of performance events by faculty, students and guest artists - including the 2000 SEAMUS National Conference.

When Rovan left CEMI in 2004 to take an appointment at Brown University, composer and sound artist John Mallia joined the faculty for a year-long appointment and Nelson resumed Directorship of CEMI. In 2005, composer and violinist Andrew May joined the faculty as Director of CEMI, bringing a wealth of experience with live performance and interactive computer music systems. In the same year, Damian Keller brought his expertise in intermedia and environmental computer music as a year-long faculty hire.

In 2006, composer, performer, and intermedia artist David Bithell joined the faculty, and in 2008 he spearheaded the Initiative for Advanced Research in Technology and the Arts (iARTA), a research initiative that unites divisions and centers across the campus. Intermedia artist and composer David Stout, a visionary in interdisciplinary collaboration, was hired in 2009 as the first faculty member of iARTA, teaching in both the College of Music (composition) and the College of Visual Arts and Design (new media). In the same year, with funding from UNT's Research Infrastructure Support Initiative, the CEMI staff completely rebuilt the lighting and projection infrastructure of the MEIT, bringing our support for intermedia performance up to date with 21st century technologies.

In 2011, David Bithell left UNT to became Assistant Professor of Art and Art History and Emerging Media & Digital Arts at Southern Oregon University, and Christopher Trebue Moore brought new aesthetic directions to CEMI in a one-year appointment. In 2012 Panayiotis Kokoras left Thessaloniki, Greece to join our faculty, bringing his unique perspective on sound composition and holophony to our community.

In 2013, CEMI celebrated the 50th anniversary of electroacoustic music at North Texas with the CEMIcircles Festival, bringing alumni, faculty, students, and friends together along with music from throughout CEMI's history, including music of Merrill Ellis. In 2014, CEMI hosted the CIME/ICEM Annual Conference, and the following year, Panayiotis Kokoras was Conference Chair for the 2015 International Computer Conference - the second ICMC to be hosted by CEMI. Following the ICMC, CEMI staff performed a thorough upgrade of the audio and power systems in the Merrill Ellis Intermedia Theater, expanding it to a 28.3 diffusion system with Dante digital audio networking. In 2016, Kokoras became Director of CEMI, bringing a new vision to the Center after 11 years under the direction of Andrew May.

Representing the gamut of research and artistic work, from fixed-media computer music to interactive performance to intermedia, the current CEMI faculty and facilities more than fulfill Merrill Ellis's expansive vision. Ellis would have relished the 21st-century world of 3-dimensional immersive video and sound spatialization, interactive and intermedia performance, real-time video processing, physical computing, and all the myriad artistic directions CEMI continues to nurture.